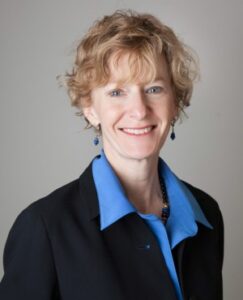 The Law Office of Catherine Brown, LLC is a full-service Denver immigration law firm located in Lafayette, Colorado, assisting clients in Colorado, the United States and around the world. Our services include family-based and employment-based visas (both temporary and green cards), waivers, citizenship, asylum, and appellate work. For further details on specific types of cases we handle, please click here.

Catherine Olson Brown, is an experienced immigration attorney located in Lafayette, Colorado. She has practiced exclusively in immigration law since 2002, focusing on business, family, citizenship, and asylum. She has experience with removal defense as well in her practice and through her experience as a Law Clerk for the Denver Immigration Court (Executive Office of Immigration Review) in 1999. She has had her own firm since January 2005. Her previous experience as International Economist was for Northern Trust Bank in Chicago Illinois.

Ms. Brown has a license to practice law in the state of Colorado as of 2000 and is in good standing. Therefore, she is eligible to practice immigration law and represent clients in front of federal agencies such as U.S. Citizenship and Immigration Services (USCIS), Immigration Customs Enforcement (ICE), and the Administrative Appeals Office (AAO) throughout the United States. She is also admitted to practice in the U.S. District Court, District of Colorado, the U.S. 10th Circuit Court of Appeals located in Denver, Colorado, the Executive Office for Immigration Review (EOIR), and the Board of Immigration Appeals (BIA).

Ms. Brown has been an active member of the American Immigration Lawyers Association (AILA) from 2000 until the present. She has served as Chair and Co-Chair of several committees for the Colorado Chapter, including the Pro-Bono Committee, the Grassroots Advocacy Committee and the Media Committee. Ms. Brown served as Chair of the DMV Committee during the roll out of the new SB-251 law in Colorado and was involved in the implementation of SB-251. Ms. Brown has also served on the AILA National Committees for the DMV from 2017-2019 and on the Customs and Border Patrol Committee from 2020-to present.

Ms. Brown has also been an active member of the Colorado Bar Association since 2000. In 2009-10, she served as the Vice Chair of the newly developed Immigration Section and served as the Chair in 2010-11. She has also been on the Executive Committee of the Solo-Small Firm Section of the CBA from 2012- 2017.

The button below will redirect you to the calendar.